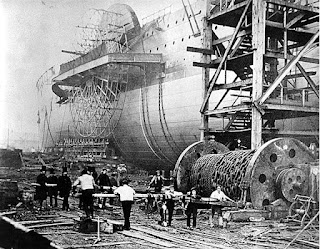 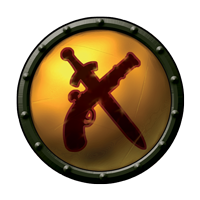 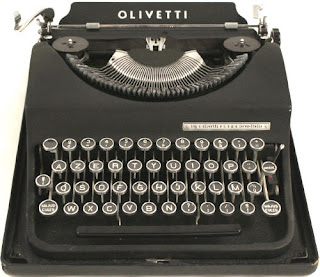 As I have said before, I'm trying to make 2013 the year of Mercenaries for me and so the faction is receiving all of my attention. While I've loved playing with Fiona in the past, I'm afraid that with the meta changing she's not quite able to keep up with the tools at her disposal right now, and so I've been looking for a new tournament caster to replace her. I've had lots of success with Connie so she'll be my first list tournament caster, but I'm in the market for a second. Consequently, I've started looking at Ashlynn D'Elyse again because her feat is kinda similar in effect to Fiona's but with an offensive component to it too, so I feel like her playstyle might be a little similar but a little more aggressive like Connie since Ashlynn is both difficult to assassinate and offensively scary for an opponent to deal with. Ashlynn will also compliment my Connie list well, where Connie will be great at dealing with a lot of Hordes lists with her volume of attacks, I'm going to build Ashlynn to deal with lots of high-ARM as I believe her feat and her spells allow her to deal with these types fairly well. Let's start by looking at her feat: Roulette. 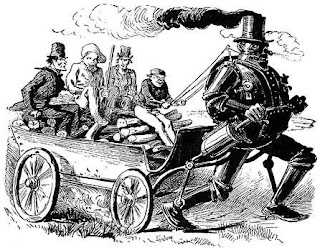 I decided that 2013 would be the year I would focus on my Mercenary collection. I've had my Mercenaries for a long time now and it started back when Mk. II was still really fresh and I loved the idea of the Broadsides Bart theme force - a bunch of Mariners with their ship guns blazing away was just too awesome to pass up! I shelved them for a while and later picked up Fiona because I thought she was cool and I thought that she'd be quite powerful if I focused my efforts on her. Last year I came up with a list I was pretty proud of and playtested her a little, but she never got the focus she deserved. I decided at the end of last year that I would focus on my Mercs for 2013 and that I would further keep a log of my games so I could accurately reflect back on my gaming experience for the year. Well, it's been 3 months so far and I figured it was time to analyze my results so far. 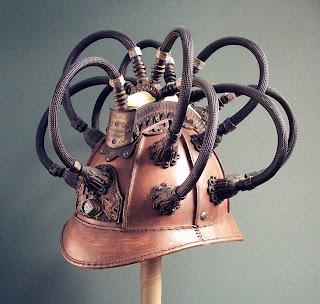 I know what you're thinking. Anyone who's played with Circle has probably looked at Reeves, thought they were neat and then laughed when they saw the cost of the unit. Furthermore, anyone who's actually played with the unit will probably even agree that they are difficult to use effectively at best or lackluster at worst. They have some neat tricks with War Wolves but the synergy can be a bit off (if a War Wolf charges a target that you shot at, you'll have a hard time shooting that same target again to get another War Wolf in there to trigger Gang Fighter). Indeed, even the UA doesn't seem to offer much as Ranked Attacks is not as helpful when a ranged unit is the one that has the ability. To top it all off, they're pricey and if you really want to max out all of their synergies you're looking at 17 points (full unit + UA, 3 War Wolves, and the Reeve Hunter). That's a lot of points for a bunch of models which will still have a hard time. So I got to thinking and I may have found someone who could make them far more effective: epic Morvahna. 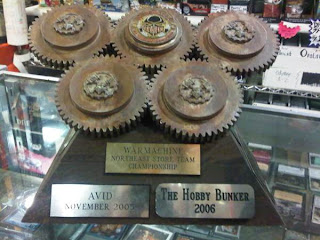 I just realized today that the New England Team Tournament (NETT) is less than 4 months away. It's currently scheduled for July 13th and this year I have to make some difficult decisions. The first decision, of course, is whether I should even attend. 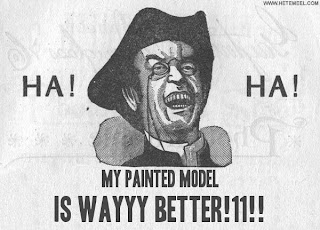 So I've been busy painting up some of my models in between moving-in my fiancee and getting ready for some visitors this weekend. While I certainly have a lot to paint (forge guard are next on the painting table) I have been able to finish painting two warcasters: Gorten Grundback and Constance Blaze! Connie has been a pleasure to play with and I'm looking forward to playing with her more but I need a couple of models before I feel comfortable fielding Gorten (I only have a Basher for a warjack). Even still I managed to paint both models and I figured I'd show them off! 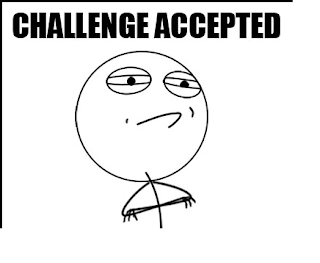 It's been a while now but for those who weren't aware, I want to be a Press Ganger. My regular job takes a big time commitment but my spare time is mostly spent on Warmachine/Hordes and I've had some experience running tournaments in the past. I love Warmachine/Hordes and I want to give back to the community and help new people get into the game. I'm already a teacher so it's a natural interest for me and plays to my strengths! I like to think that I'm a good player, know the rules, and am fun to play against (or at least am helpful for those who are looking for advice) so I hope that Privateer Press will agree that I'd be a good candidate to be a Press Ganger. That's all well and good, but there are, of course, some requirements for applying to be a Press Ganger and one of those requirements is making sure that you have fully painted models to demo games with, and that's admittedly been an area of weakness for me. That ends today, however! I finally got two battlegroups fully painted for Hordes!

I've been buying and collecting some models for the past 6 months but I have not done a lick of painting. Between school and planning for the wedding and new computer/video games, I've been so distracted from Warmachine/Hordes. I have been playing games, though, and even gotten some prize support at tournaments so I've been collecting models nonetheless. Yesterday I spent a good couple of hours putting some of these models together, followed by some list building. In the next couple of weeks I plan on sharing some of these list ideas as this year I want to focus on playing with Mercenaries! Today I want to share a list I created for using Constance Blaze as a mercenary warcaster and I have to say, I'm pretty amused by it. I will also share why I like taking the idea of taking Connie as a Mercenary warcaster instead of a Cygnarian one.

Nemo is one of the few warcasters out there who has been lucky enough to have 3 different versions of himself.  He's always been one of my favorite warcasters conceptually and his models (at least the newest versions) all look pretty great - dynamic while maintaining his character and personality.  While I began playing Cygnar with his epic form, I've recently been revisiting the idea of playing with the prime form: Commander Adept Nemo - one who is mostly considered one of the worst incarnations of Nemo, let alone the worst Cygnarian warcaster.  Naturally my response has been, "Challenge Accepted!" and so I've decided that I want to make him work.  It also helps that I already have a solid tournament warcaster for Cygnar in Kara Sloan and so I've been looking for a good, complimentary warcaster to run in a 2-list tournament with her, so maybe with some time and practice Nemo can make the cut!  Let me share my list with you and some of the justifications, as well as some other ideas I've tossed around and potential tweaks I might make if playtesting doesn't go so well. 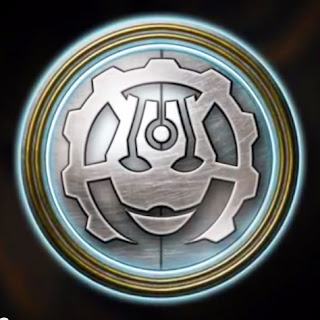 With Privateer Press losing their equipment, they won't be doing their live feed as expected.  Fortunately, I'm at Templecon right now so I will post up a quick summary on my phone as I hear the info!  Keep an eye on this page!

I think I inadvertently creating a shooting list with eBaldur.  I got to play with the Woldwrath for the first time a couple of weeks ago against a Cryx player at the Battle Standard.  He usually doesn't play in tournaments much but it was my first time with the Woldwrath anyway so I have no allusions that it's OMG BROKEN or anything but I do want to share my brief insights on the model.  I wanted to try out a 50 point game because Templecon is coming up soon and I need some practice.  I crafted a 50 point list for eBaldur a while ago but I finally got to try it out and so I need to share my findings.

Ladies and Gentlemen, I now present your choice of Miss Warmachine/Hordes:
Read more »