So its been a busy week but I hope that my articles have inspired you to at least be curious about Warmachine/Hordes if you have not played before!  If you have played before, I hope that I might have inspired you to start playing again.  I will be writing two more articles that will follow in the next couple of weeks, explaining the differences between fury and focus, and some of the more common special rules in the game.  If you want to learn the basics, this is an article for you!

Warmachine and Hordes are two different sides of the same coin - a miniatures game where big steam-powered machines called warjacks are thrown into combat against giant beasts of flesh and bone!  Do you dream of giant robot combat?  Do you get excited by the idea of giant 6-limbed elephants slamming giant werewolves into the ground?  This is definitely a game of brutal combat, hardcore, aggressive and tons of fun!

In the spirit of Halloween, I decided that I would have some fun and create my own rules for a Hordes Warlock!  I have included the rules and some design ideas below
Halloween is coming up soon!  I will be returning to my native land of Boston to partake in the festivities, which will include all kinds of costuming revelry, partying, and generally just having a good time with my friends and my girlfriend.

As I was getting into the spirit of the holiday, I thought to myself, "Self, you know what would be really cool?  If Privateer Press made a Halloween Pumpkin-Head-Reaper type warlock."  Originally, I was thinking that this kind of character would be great for the Blindwater Congregation, or as some kind of Minion warlock, as that seems to be the place where they get to have all of the wacky characters and beasts.  When I started to think about it, however, I started to realize that the best fit for this kind of warlock would actually be Circle Orboros.  No, really!


So this past summer I moved from my comfortable existence in Waltham, MA to Kent, CT.  If you are not aware, Kent is pretty much the middle of nowhere.  Don't get me wrong!  It's a great community and the school is wonderful, but it has severely limited my gaming experiences as I no longer can drive out the the LGS to play some games.  One of the big "cons" to moving out here was the fact that I would likely be too far away from a good game store and I would be left with no way of dealing with my stress.  I. Need. To.  GAME!  What was I ever going to do!? 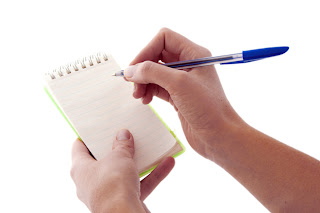 I have been checking the poll the past couple of days, making sure that I am able to create a representative article for each category by the end of the week.  Without my blog being up and running for more than a week there are already a bunch of votes for some list building articles, so I am happy to oblige! 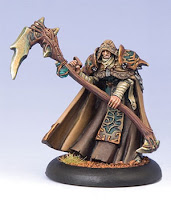 I have been toying around with the idea of starting Mohsar for some time.  The one thing that has always been an obstacle for me is where to actually go with him.  He has so many (6) spells at his disposal, and a whopping 4 of them are unique only to him (Crevasse, Sands of Fate, Pillar of Salt, Sunhammer)!  What makes it even more frustrating is that he has a great infantry clearing spell (Crevasse), he has the best teleporting spell in the game (Sands of Fate), an awesome offensive upkeep that can be cycled well (Curse of Shadows), and a subtle-but-awesome board control spell (Pillar of Salt).

Editorial: More than just a business

Today we have an editorial for you by me!  I make no claims to be an expert in business but this article comes more from my observations of the past few months and my limited knowledge of human nature.  Warning!  Great Wall of Text incoming!  TL;DR can be found at the end

Something new and strange is happening in the world of business today.  Thanks to the internet, the world is becoming increasingly connected on a global scale.  No longer am I limited to my experiences in my own town, state, or even country, but now I am connected to other people in other parts of the world.  This has huge implications in all areas of our lives but as a teacher, I am really feeling the impact in my classroom and feel like this is changing what it means to be a successful business.

When I first thought about playing Warmachine/Hordes, I looked through all of the different models of the factions on the Privateer Press website.  At the time, the group of gamers at the Local Game Store were mostly playing 40k, so I wanted to start small and cheap, just to get a 25-35 point army just to have something different to play.  I saw the models for the Woldwarden and Megalith and thought that they were pretty neat.  I've always loved druids and the idea of animated trees, and this was pretty close.

Warmachine Table Part 1: The Fire of the Forge 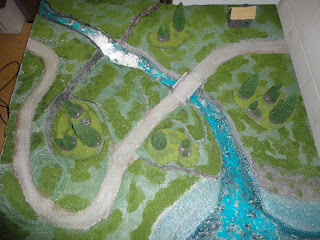 I recently realized that it has been one year since I decided to create my own 4'x4' Warmachine/Hordes table.  Realistically, I guess the table better suits Hordes, but since both systems can play against each other, I guess the point is moot.

When I started the project, I decided to photo-document the whole project last year back in October.   I realized this fall (after the craziness of moving) that I never really finished the table.  I will be finishing the table by the end of this month, and so I figured that I would chronicle the project with a series of blogs from the beginning until the end.  There will be four entries, each corresponding to the four primal elements: Fire, Earth, Air, and Water.  Let's start with Part 1: The Fire of the Forge

Poll #1 - What kind of articles do you like to read? 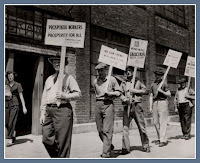 I have decided to start a blog about my gaming exploits.  It seems to be the thing to do these days and perhaps it might motivate me to paint more because I need all of the help I can get!  I also hope to use this blog to not just to talk about myself and my exploits, but to share some of the ideas that I have had or come across in my years of gaming.

At any rate, I have decided that I should first post to see what kind of articles people who stumble upon this blog would like to read: